Skip to Main Content
It looks like you're using Internet Explorer 11 or older. This website works best with modern browsers such as the latest versions of Chrome, Firefox, Safari, and Edge. If you continue with this browser, you may see unexpected results.

Resources for researching, teaching, and learning about the history of medicine.

Indiana's first state constitution provided for the establishment of a state medical school in Vincennes.  It was not until 1903 that a serious effort to establish a public medical school resulted in the Indiana University School of Medicine.

The following is a list of the medical schools chartered in Indiana between 1806 and 2013:

Publications About the History of Medical Education in Indiana

This compilation relies on the reports the Indiana University School of Medicine (IUSM) sent to the American Medical Association (AMA) for its annual statistics on medical education.

It was compiled by Margaret Holloway and Nancy Eckerman of the Ruth Lilly Medical Library, September 2003 in honor of the IUSM Centennial.

Note: Figures are not official 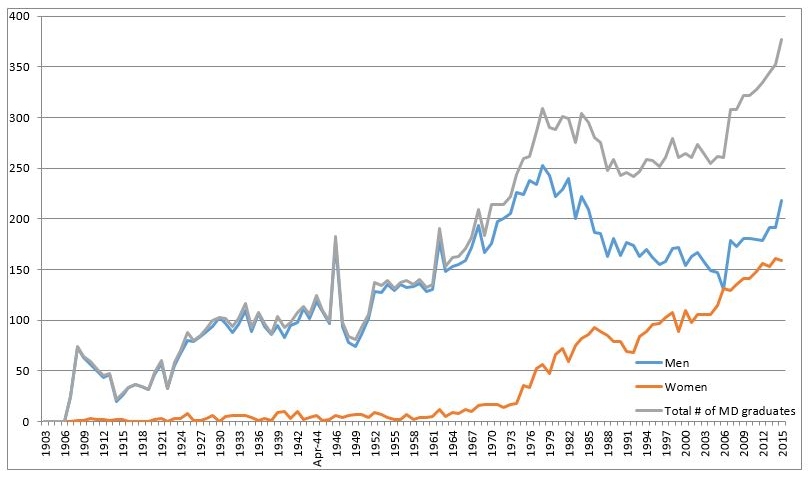