An online exhibition of Crest® toothpaste history and marketing

A dramatic, early advertisement for Crest® toothpaste that likens its development to inoculations, anesthesia, and penicillin. Most toothpastes had some marketing gimmick in the form of proprietary ingredients like Colgate’s® “Gardol”, lifestyle appeal like embarrassment avoiding breath fresheners or whiteners, and even spokesmen and mascot characters like Ipana’s® “Bucky Beaver” (more on that later). Crest® had “Fluoristan”, its proprietary fluoride ingredient that a few years later would cause controversy as the first such product “recognized” by the American Dental Association. 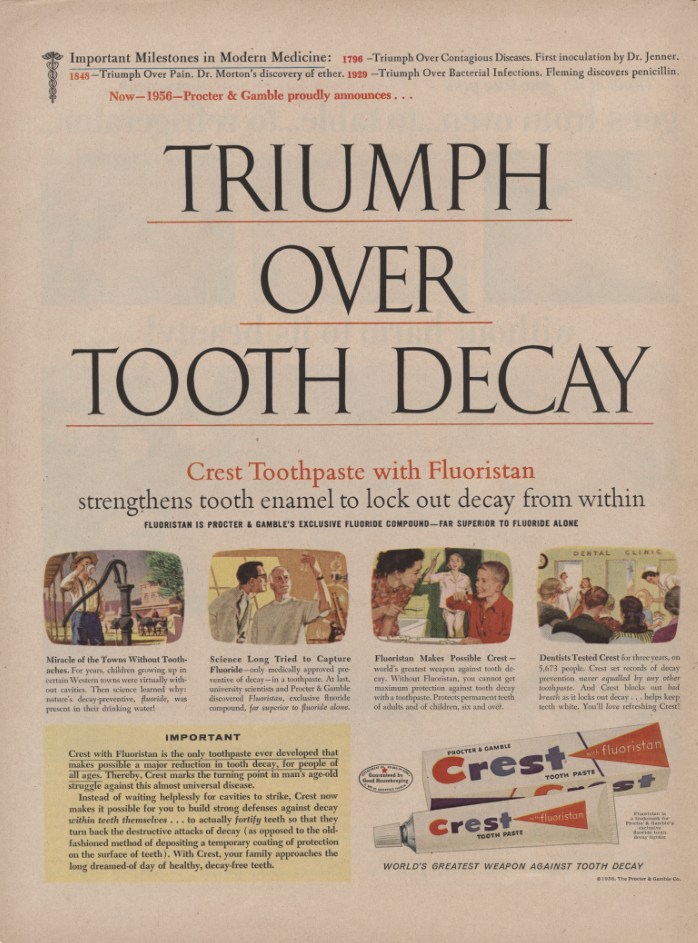 A clipping from a Bloomington newspaper details the filming of an elaborate Crest® TV commercial. Shot on location in Bloomington the commercial included a real family, the Fells, who were participants throughout the research and trials to develop fluoride additives at IU. 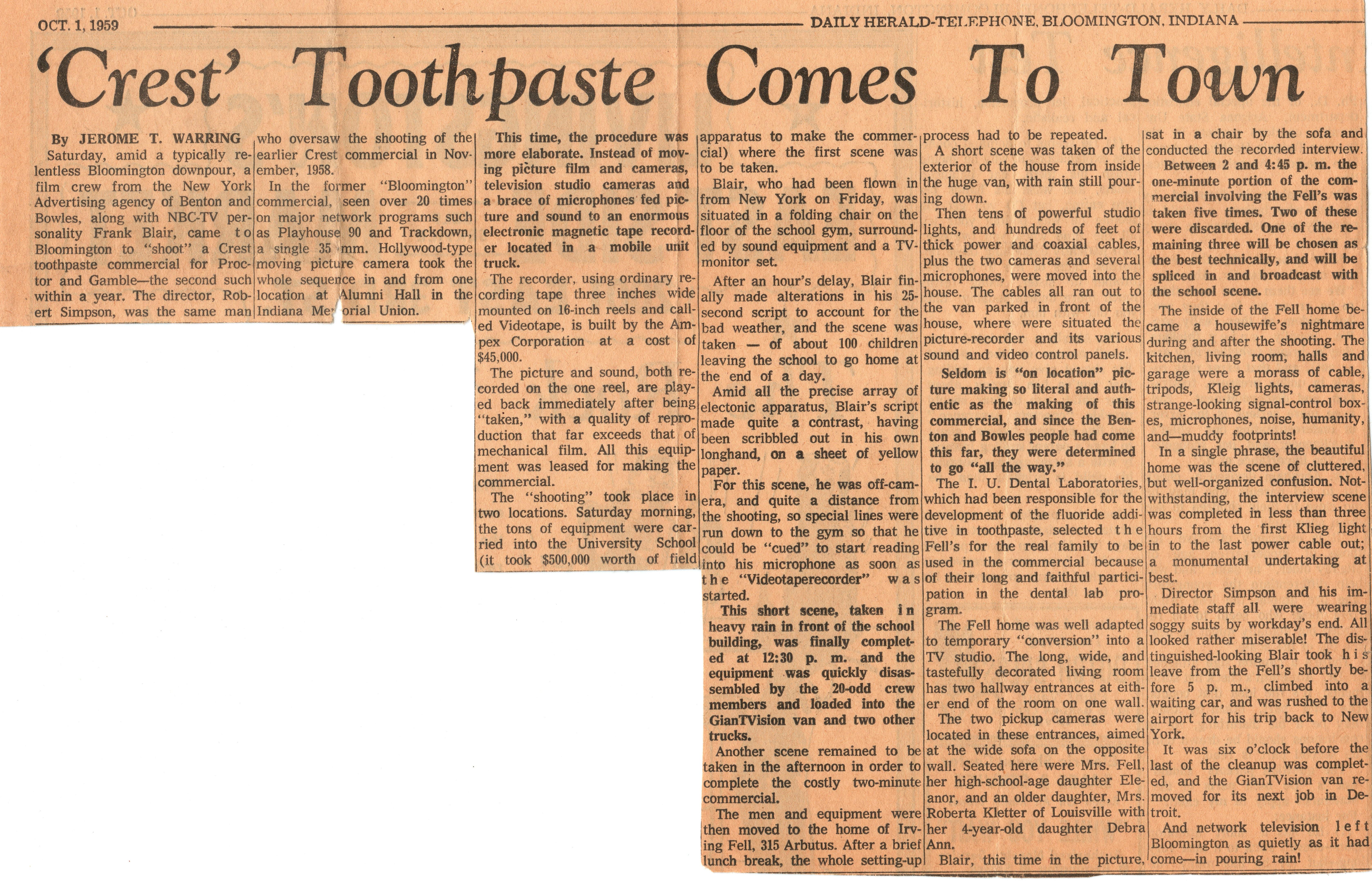